Hyperdrive News Coverage:
Netflix’s Hyperdrive Is American Ninja Warrior With Cars. Because Why the Hell Not?

This is truly the algorithm at its finest.

Sometimes, when I can’t sleep at night—haunted by the state of our country, or the Cats trailer—I lie back and wonder how Netflix’s algorithm works. Is it a supercomputer that feeds from and studies our guiltiest viewing habits, and mashes it into something new? Or is there an oversized red button buried deep underground Netflix HQ that the humans press when they run out of ideas?

I’d imagine that whatever it is, it’s the only logical explanation for something like Hyperdrive to exist. Clearly American Ninja Warrior + Fast and Furious + reality show + 10 percent chance of death equals something that blew the lid off the place. So here it is: For Hyperdrive, which Charlize Theron is one of the executive producers of, Netflix rounded up drivers from around the world to see who can make it through a giant death trap of obstacles in the fastest time. Simple as that. All 10 episodes, which mix visits to the racers’ hometowns with footage from their runs in the competition, are out today.

In the early episodes, Hyperdrive holds qualifying rounds where contestants try to race through the obstacles the fastest they can. If they miss a target, or slam into a barrier in a precision challenge, time is added as a penalty, which ends up being costly, as the slowest finishers in each round are eliminated. Later, the qualifying contestants compete in the midseason “knockout rounds,” where the last-place finisher is eliminated outright, and #10 and #11 compete side-by-side, simultaneously, in a separate course. It all leads up to the season finale, where the final six racers battle at “The Monster”—a mashup of the craziest obstacles from the whole season. And there’s a four-person commentary crew overseeing the whole thing, dishing bits of vehicular knowledge and interviewing the speedsters from the sidelines.

If you’re tired of watching the shredded Crossfit bros of American Ninja Warrior after 11 seasons, Hyperdrive hits the same pleasure centers, but with enough twists to keep you interested. The obstacles are incredible, and must’ve taken a hell of a lot of quality engineering: There’s The Leveler, a giant crossbridge that contestants have to scale at first, then, in the later episodes, balance on like a teeter-totter. A few particularly inventive ones, like the Target Zone, test the drivers’ drifting skills, where they have to slam diamond-shaped signs with their trunks to move on. And yes—the cars do occasionally spin out of control and crash into shit.

As for the actual cars, I don’t know much about them—but I understand that the rides in Hyperdrive are all souped up to Grand Theft Auto cheat code levels of obscenity. I.e. A Lambo stripped of all the fancy parts so it can hit five-billion-some horsepower. A banana-yellow whip with BEAST on the license plate. More than one competitor threw on blinking police lights on like it’s Rocket League. 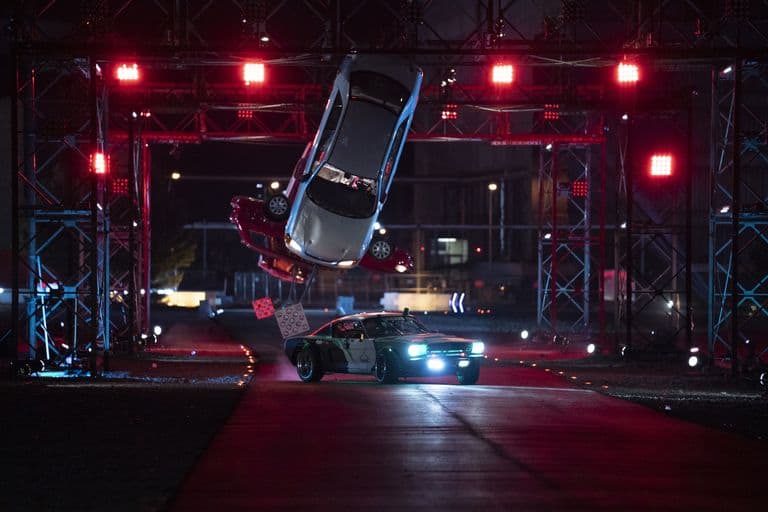 The show’s greatest feat though, by far, is the drivers it managed to round up for this—especially for American audiences, who see next to zero diversity in NASCAR. Did you know there’s a gnarly drifting scene in Germany? And one of the best drifters is a mother of two? Hyperdrive also features a contestant who moonlights as a pizza delivery man, a Japanese driver nicknamed the Drifting Sensei, and a relative racing newcomer named Brittany Williams, who ends up looking way more seasoned than the guys who’ve raced Formula One for decades. And there’s a dude whose name sounds like he could be Lightning McQueen’s rival in Cars, Fielding Shredder. 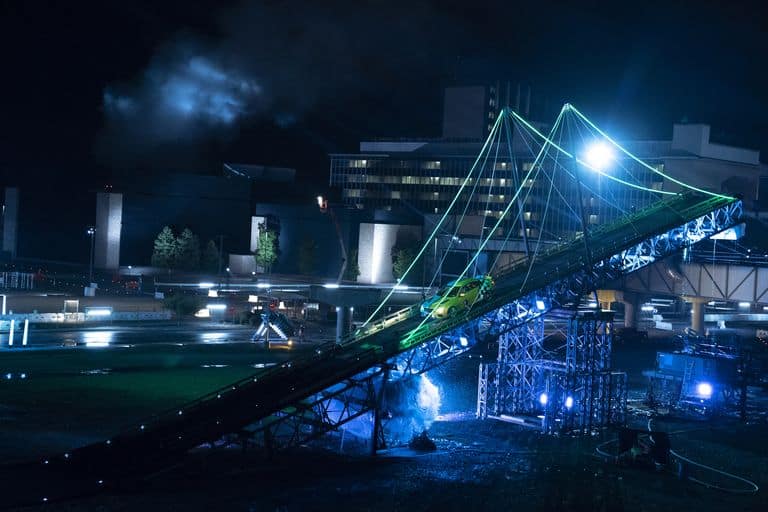 Hyperdrive also has the drivers mic’d up to a co-pilot, usually a husband, sibling, or best friend offering advice from afar—making for a quasi-Amazing Race dynamic that makes for nice audio to go alongside the racing action. Plus the color commentary crew screams “WoooOOOAH” every time a car comes close to totaling itself, just like your mom in the passenger seat when you were learning how to drive.

And as Hyperdrive creeps closer to the “The Monster,” the racers have to be nearly perfect to move on, making for a thrilling final few runs. It’s worth a look—just don’t try any of what you see in the show at home. Like dangling yourself, by the legs, outside the window of a drifting car, which is a real thing that happens in Hyperdrive. Please.